Known as Island of Gods (Pulau Dewata), Bali is one of the most popular destinations for local and foreign tourists. Bali has its own cultural festivals e.g. Ubud Writers and Readers Festival as well as ATP tennis tournament, not to mention world famous beaches and resorts and hospitality. Bali also has many shopping centers, for instance, the Kuta shopping center and the Galeria Nusa Dua. 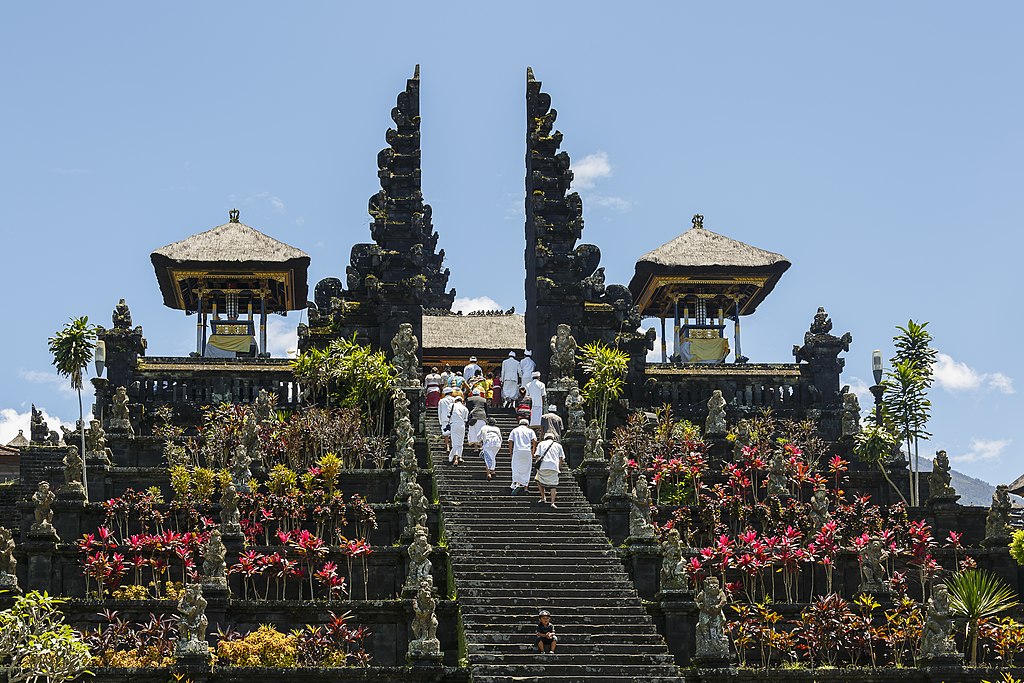 Lombok is an island in the West Nusa Tenggara Province in Indonesia. It is neighboring with Bali to the west and is surrounded by a group of smaller islands called Gili. Lombok is known for its beautiful beaches and the highest volcano in Indonesia, Mount Rinjani. The majestic mountain is famed for its beautiful crater lake that can be viewed from the top of the mountain. Gili Islands are popular with scuba divers and partygoers. Backpackers and tourists often visit Gili Trawangan. The most unique beach in Lombok is the Pink Beach. It is pink in color due to the pink sand that is created by corals. Tourists can also enjoy the Sasak culture which are the indigenous people of Lombok. They are proud of their spicy food, handicrafts, music, dances and Sasak houses which every tourist should go to experience Lombok.

A city in the Sulawesi Island and the fifth largest city in Indonesia is Makassar. The city is located on the Southwest coast of Sulawesi Island. The climate in Makassar range from 26.8°C – 28.2°C. The top places to visit in the city is the floating mosque in Losari Beach, Trans Studio Makassar, Fort Rotterdam, and Bantimurung-Bulusarung National Park. The Trans Studio Makassar is an indoor theme park equipped with shopping malls, restaurants, hotels and a marina. Next, the old Dutch fortress which will cost a person around Rp 10,000. The magnificent Dutch architecture is a great place for avid photographers. The fort also houses a museum, La Galigo which exhibits the history and culture of Sulawesi. Lastly, the Bantimurung-Bulusarung National Park famous for its collection of butterflies.

Tana Toraja is the home to the Toraja ethnic group. It is a kabupaten of South Sulawesi Province of Indonesia. It is located 300km north of Makassar. Tana Toraja is named the second tourist destination after Bali by the Ministry of Tourism, Indonesia. The Toraja indigenous group which consist of Christians, Muslims and local animist belief called aluk (“the way”). The most popular ceremony is the funeral rites of the Torajans. The burial sites are carved into rocky cliffs. Every year in August, a ritual called Ma’Nene (The Ceremony of Cleaning Corpses) takes place in which the bodies of the deceased are exhumed to be washed, groomed, and dressed in new clothes. The mummies are then walked around the village by following a path of straight lines. According to a myth, these lines are connected with Hyang, a spiritual entity with supernatural power. As this entity only move in straight lines, the soul of the deceased body must follow the path of Hyang. 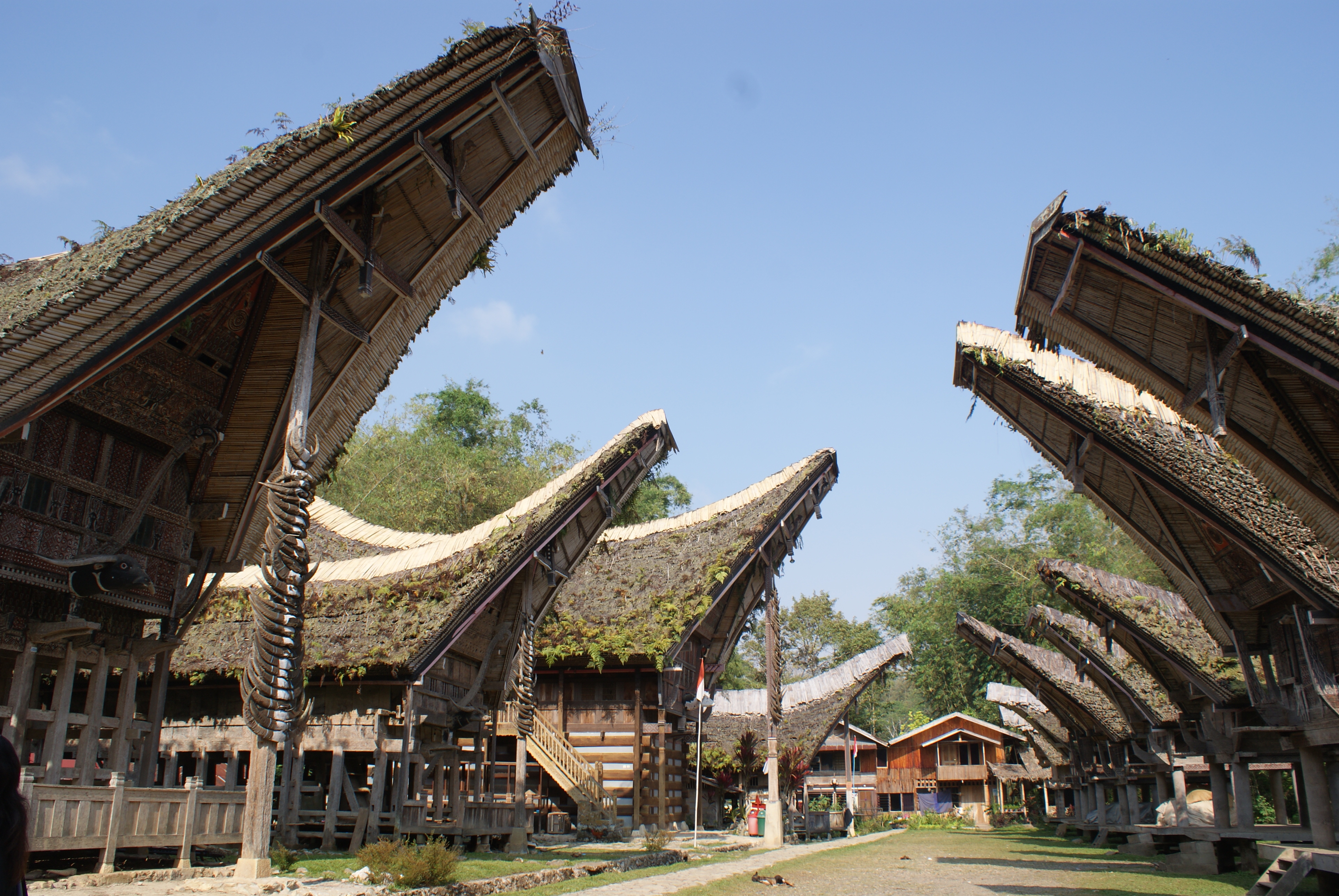 Derawan Islands is a part of the Coral Triangle, which features 872 species of reef fishes, 507 species of corals and invertebrates. Some of the islands are home to the green turtle which nests on the beach. The main income of the inhabitants is fishing. Moreover, the island is also popular for scuba divers. Derawan Island have at least 2 ponds with unpoisoned jellyfish which are located in Kakaban Island and Maratua Island. Caving fans can visit Maratua Island which has at least 13 caves which have a direct connection to the ocean. 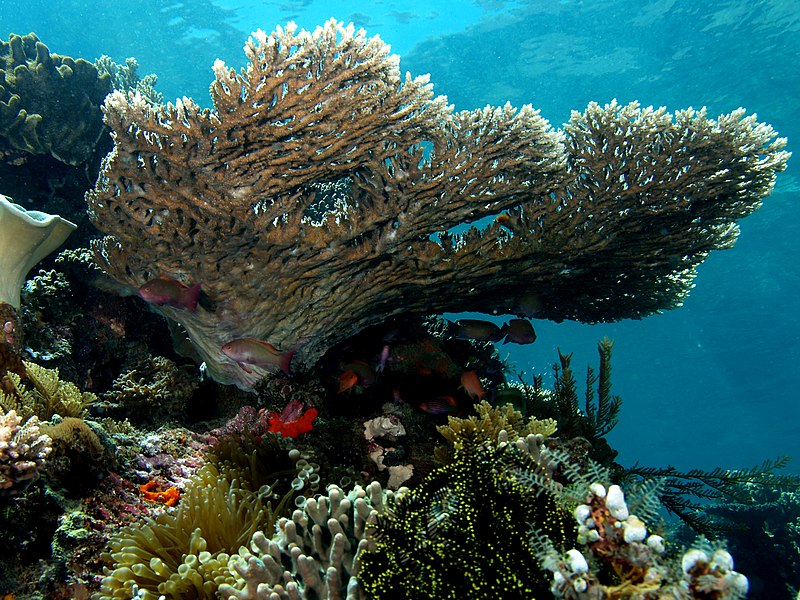 As the name of the Island dictates, Komodo Island is the home to the largest lizard on Earth, the Komodo dragon. Komodo is part of the Lesser Sunda chain of islands and forms part of the Komodo National Park. It is a popular destination for diving. The Komodo dragon is a type of monitor lizard which calls the island home. They can only be found on Komodo Island. The Pink Beach is one of the seven in the world. It is a must go to place on the island. The Komodo National Park is founded in 1980 in order to protect the Komodo dragon. It was declared a UNESCO World Heritage site in 1991. Later, it expanded its reach to protect both marine and terrestrial diversity in the area.

Wakatobi is the name of a chain of islands and kabupaten located in the Sulawesi Tenggara Province, Indonesia. It is also the name of a national park established in 1996. The islands are a part of the Coral Triangle, which contains one of the richest marine biodiversity on earth. The Wakatobi Islands have a tropical climate which means is only has two seasons, named rainy and dry seasons. Indonesia has 50 national parks in which Wakatobi is one of them. The Wakatobi National Park features coral reefs, fishes, other animals, and Hoga Island. Tourists may enjoy the cultural Sombo Bungkale Dance of the South Kadelupa district which is performed by 12 beautiful female dancers. On Tomia Island, the Bose-Bose tradition is performed where boats are decorated with colorful ornaments and loaded with traditional culinary dishes, such as Liwo, and then paraded along the coasts from Patipelong Quay towards Usuku Quay and up to One Mobaa Strait. This traditional festivity is performed with the purpose of cleansing all the sins of the people by taking them away with the sea water waves.

Raja Ampat is an archipelago located off the northwest tip of Bird’s Head Peninsula on the island of New Guinea in the West Papua Province, Indonesia. Raja Ampat is also part of the Coral Triangle. Raja Ampat is considered the global epicenter of tropical marine bio-diversity and is referred to as The Crown Jewel of the Bird’s Head Seascape, which also includes Cenderawasih Bay and Triton Bay. The largest marine naitonal park in Indonesia, Cenderawasih Bay is in Raja Ampat. The Coral Triangle is the heart of the world’s coral reef biodiversity, making Raja Ampat quite possibly the richest coral reef ecosystems in the world. The high marine diversity in Raja Ampat is strongly influenced by its position between the Indian and Pacific Oceans, as coral and fish larvae are more easily shared between the two oceans. Raja Ampat’s coral diversity, resilience, and role as a source for larval dispersal make it a global priority for marine protection.

Padang is the capital of the province of West Sumatra in Indonesia. It is the largest city in the Sumatran west coast. Padang is one of the cleanest big cities in Indonesia. Padang is a common transit point for surfers travelling to Batu Islands and Mentawai Islands, and for tourists visiting the West Sumatran highlands. Currently, Regional Development Planning Board (Bappeda) of Padang has established development plans “Padang Old City” in Kampung Pondok, South Padang district as a tourist area. Mayor of Padang has designate 73 historic buildings as cultural heritage of Padang. There are several historic places such as Adityawarman Museum which specializes in the history and culture of the local Minangkabau ethnic group. St. Leo Monastery features a mixture of traditional Minang architecture on its bell tower roofing and Dutch architecture on the church building, is one of the oldest churches in Padang. Along the beachside road, just down from the Tourist Information office is a Buddhist Temple, Vihara Buddha Warman, opened in 2006 for the large Chinese Buddhist community.

Bukit Lawang is a small tourist village situated approximately 86 km north-west of Medan. It is known for the largest animal sanctuary of Sumatran orangutan and is also the main access point to the Gunung Leuser National Park from the east side. Around 5,000 orangutans occupy the sanctuary. Bukit Lawang rehabilitation center for orangutans was founded in 1973. The main purpose is to preserve the decreasing number of orangutan population due to hunting, trading and deforestation. 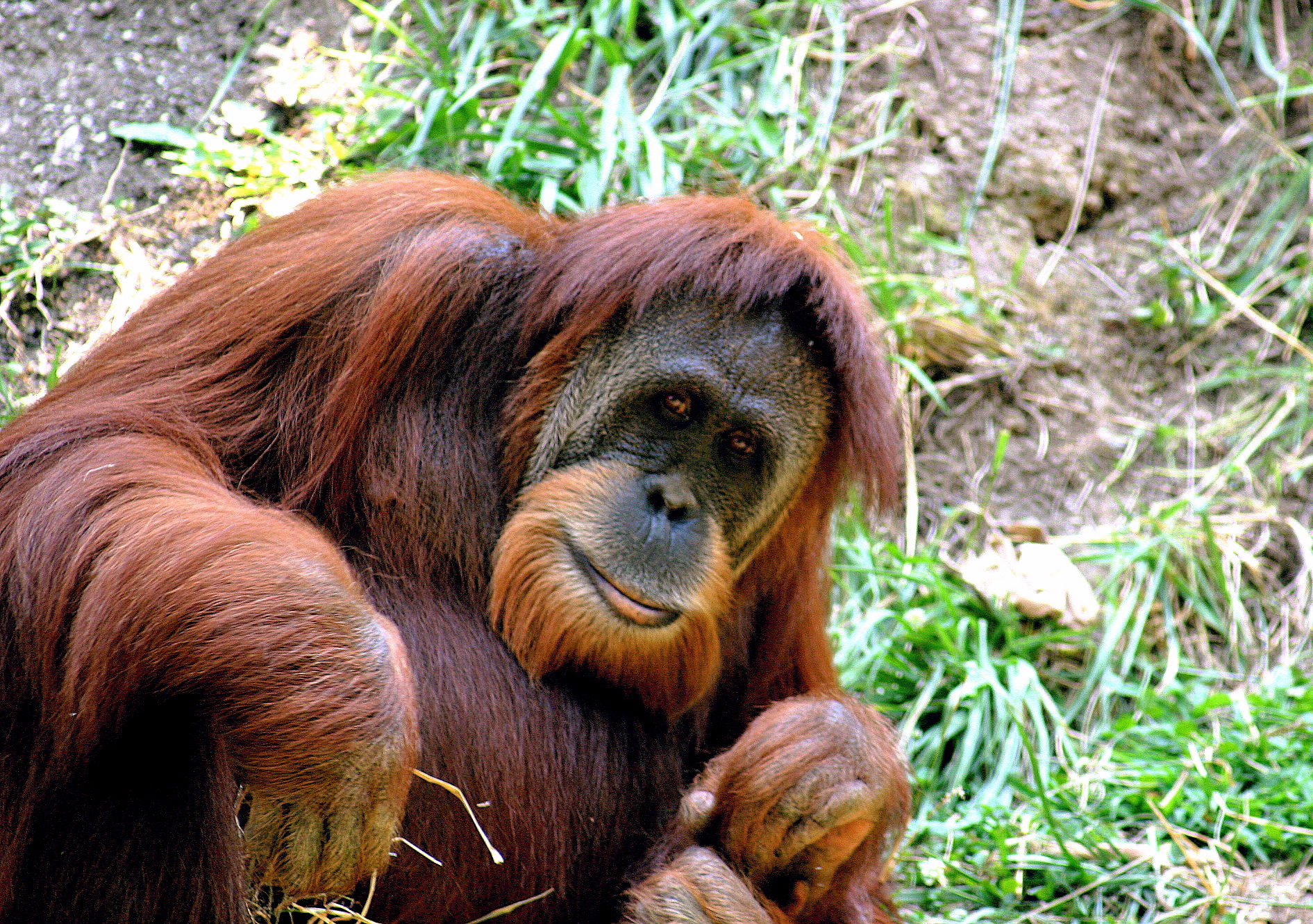